Larch Hill was built as a summerhouse for a wealthy Dublin merchant, John O’Neill Esq.; his city residence was situated in Fitzwilliam Square. The exact date of the building of Larch Hill is unclear, however a tombstone exists in the Church of Ireland cemetery in Whitechurch that bears the inscription “Erected by John O’Neill Esq., of Fitzwilliam Square and Larch Hill, JP for Dublin and Consul De S.H.C., to the memory of his good and beloved wife, Caroline, Died 1835 R.I.P”. From this we can infer that Larch Hill was in existence prior to 1835.

Ownership of Larch Hill changed sometime between 1835 and 1873 as another tombstone exists in the graveyard which bears the inscription “Courtney Kenny Clarke, Larch Hill, Died 1873.” Again this owner was a wealthy businessman, and possibly an owner of one of the many Mills which existed along the banks of the Owendoher River in Rockbrook. The family of Mr Clarke donated funds to the Church of Ireland Chapel at Whitechurch for the vestry to be built on to the chapel, and this was dedicated to his memory. 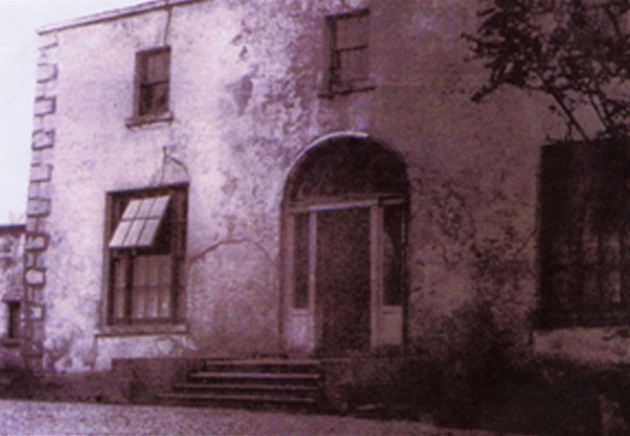 Little is known about the ownership from the 1870’s until early the last century. In Porter’s Guide and Directory of 1912 there is a listing of Robert C. Nicol, Medical Superintendent, Larch Hill Sanatorium, and it is believed that the sanatorium was used by soldiers to convalesce from the effects of the mustard gas used in the trenches in France.

The period 1918 to 1937 is also sketchy, however Sean Innes, the former warden, whose family occupied the now demolished Gate Lodge during this period, remembered that an American gentleman lived in Larch Hill with his mother during the 1920’s.

In the period just preceeding the purchase of the estate by C.B.S.I. in 1937, a Dublin businessman John Coffey and his wife Ellie (nee Mc Call) owned the estate. Mr. Coffey was proprietor of a chain of bookmakers shops called Aughrim, and had many other business interests including butcher shops.

During his time at Larch Hill he kept race horses, the most famous being a horse called “Fast Pam” which is believed to be buried in Larch Hill, near the campfire circle. Mr. Coffey’s father, William, was Lord Mayor of Dublin (1909-1910), Alderman, and High – Sheriff. 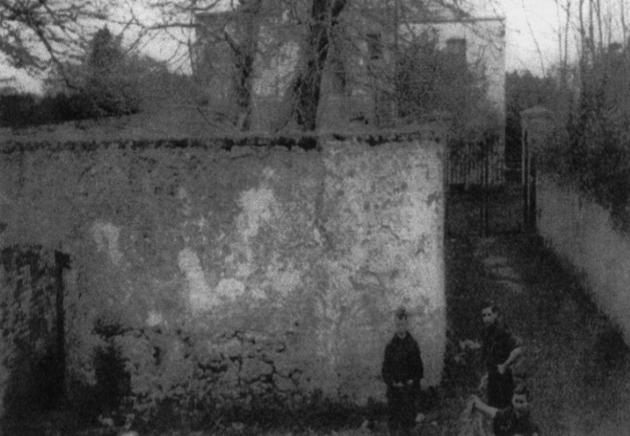 In 1937 Prof. J.B.Whelehan, the then Chief Scout, together with the National Executive Board, decided to purchase a campsite. Many venues were suggested, but eventually the choice was narrowed down to two. One was Santry Demesne, part of which is now the athletics stadium, near Dublin Airport, and the other was Larch Hill. This decision was chiefly due to the casting vote of Prof. Whelehan, whose foresight saw that the Santry location would become part of the city much quicker than it’s South-side counterpart.

Larch Hill officially opened as a campsite on June 4th, 1938. An outdoor mass was celebrated in the garden area by Fr. Leo Mc Cann C.C., and was attended by over 400 scouts from the Dublin Diocese who participated in the inaugural camp over the Whit weekend.

The garden area is almost one acre in size and contains many exotic species of trees, e.g. the Monkey-Puzzle, and is reminiscent of the splendid walled gardens that were commonly built on manor estates during the 1800’s.

The present car park would have been the stable and farmyard in the 1800’s, and contained stables and outhouses, the remains of the foundations of these buildings can be seen adjacent to the existing toilet block.

The Mass Lawn area was originally a tennis court and is referred to as such by the locals. The altar on the mass lawn was constructed from the granite steps that led to the front door of the original house. The original house was demolished in the 1970’s following the completion of the existing hostel in 1972. President De Valera performed the opening ceremony for the new hostel. The Pyramid shaped building which now occupies the site of the original house is the National Office of Scouting Ireland, this building was opened in 2002.

The original entrance to the estate was some 20 yards inwards from the existing gates and the old gateposts are still in existence. There was also a Gate Lodge at the entrance; this was demolished in the late 1980’s. The original avenue ran parallel with Pedlow’s Lane, before turning right to Larch Hill House.

The Ice-House (bunker like building) on the lower avenue was the original “refrigerator” for the old manor house. The river would have been blocked during the winter and blocks of ice cut and placed in the pit at the end of the building. Food was then stored in layers of straw, and the building sealed up. The building was accessed during summer by way of a hatch in the roof of the building. 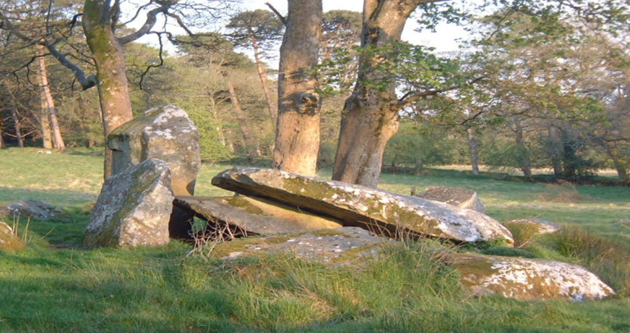 The dolmen or cromlech is one of three that can be found in the locality, the others being on Tibradden Mountain and at Mount Venus. A dolmen was a royal burial plot and is made up of two upright granite blocks supporting a third crossways (here it has slipped out of place) and backed by a solid upright some ten feet high. The top stone of the dolmen was directly aligned with North. An inner ring of partially submerged boulders and an outer ring of sycamore trees surround the whole feature. It is uncertain if the dolmen was ever actually completed, or whether it once stood and the top stone slipped. Some expert’s credit an earthquake recorded in the area in the 1800’s with dislodging the stones from all the dolmens in the area. The dolmen which is a megalithic tomb is also linked to the “Battle of Kilmashogue” involving two Irish Chieftains. This battle is recorded in the “Annals of the Four Masters and happened in 911 ad. The dolmen is sometimes referred to by locals as “the druid’s altar” or the “druid’s seat”.

At the entrance to the Crow’s Nest field is a large depression. This is the site of the earliest attempts by the scouts to provide a swimming pool on the campsite. This area rejoices in the name “Matthew’s Folly”, so called after the then Director of Larch Hill, Mr. Nicholas Matthews, who undertook the ill-fated venture during the 1940’s.

The pool that exists on the river Glin, which is a tributary of the Little Dargle, was built under the directorship of Paudge O’Broin during the 1960’s, and was a much better and more enduring effort. The river Glin comes from the valley between Kilmashogue and Tibradden Mountains, this valley is known as Kelly’s Glen. During the 1800’s Dubliners would travel to the glen to sample the waters, reputed to have a strong mineral content, at a spa which was situated in the upper part of the glen.

Larch Hill is so called as it is reputed that it was the site of the first ever planting of the European Larch species in Ireland.

Taylor’s field is so named to commemorate Mr John Taylor, who was the first warden of Larch Hill from the late 1940’s to mid 1950.

Potato Field is so called because it is reputed that potatoes were grown here and the ridges of cultivation can still be seen.

The Haggard is an old Gaelic name for a field that is surrounded by stone walls. 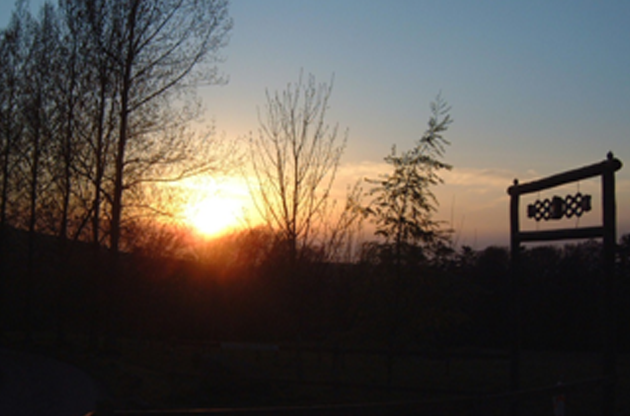 Melvin Field is so called to commemorate Lord Melvin, who was on the same ship, the HMT Lancastria, that carried the CBSI pilgrimage to Rome during the Holy Year of 1934. The profits made from this journey are believed to have provided the capital that enabled the purchase of Larch Hill. Lord Melvin was so impressed with the behaviour of the scouts on the trip that he donated a trophy to the association. This trophy was awarded to the winners of the national patrol camp craft competition up until 2003.

Please click on the date you want to book into Larch Hill to begin booking enquiry.